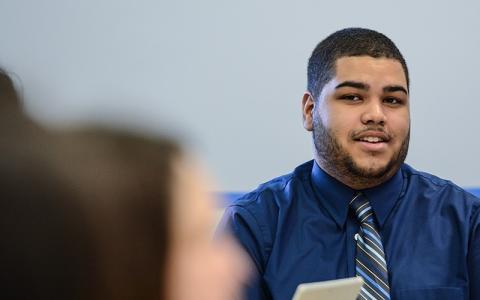 As Francisco Crisostomo walks around Lancer Landing, he stops to listen to members of Third World Alliance as they talk about issues and events. It’s his way of being a hands-on leader as the organization’s president. And it’s how TWA’s meetings unfold every Tuesday during the fall and spring semesters. There are many moving parts to leading TWA, one of Worcester State’s most active student groups. Part of its high visibility stems from its involvement in bringing guest speakers to campus—either as a leading or supplemental sponsor—and hosting film screenings and events like Stand Against Racism. Less visible is its work on issues that concern members.

“We’re hoping to expand the content that’s available to students, faculty, and staff so they can be more knowledgeable about what’s going on across the nation and here on campus,” Crisostomo says.  Read More>>