Get In, Graduate, and Go Far Celebration

Thank you so much for joining us on May 5th! We were thrilled to celebrate virtually with over 1,000 viewers. Thanks to our generous donors, we raised over $550,000.

If you weren't able to join us live, you can still watch the event hosted by Jason and Devin McCourty, here. 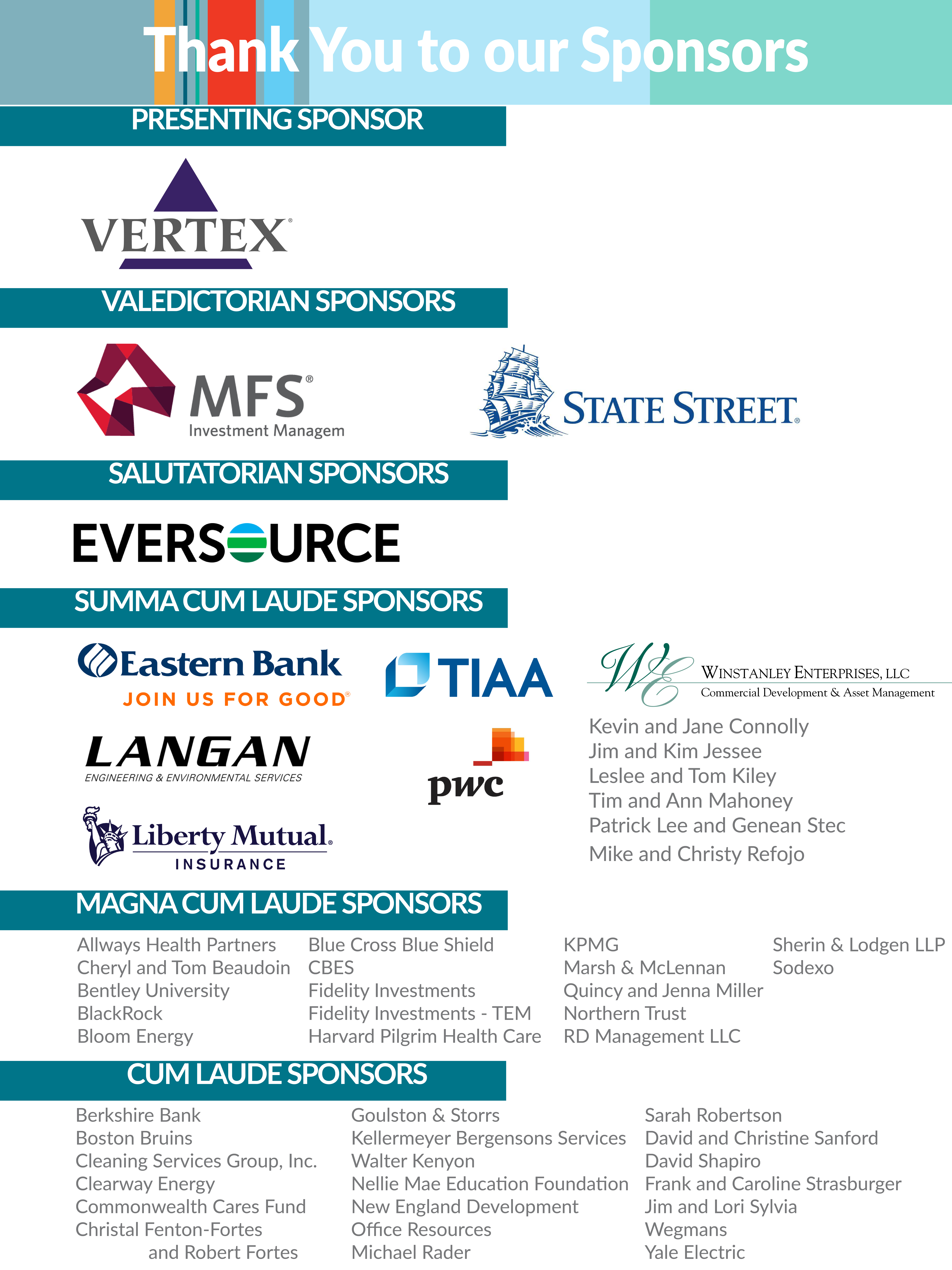 Thank you to our Host Committee